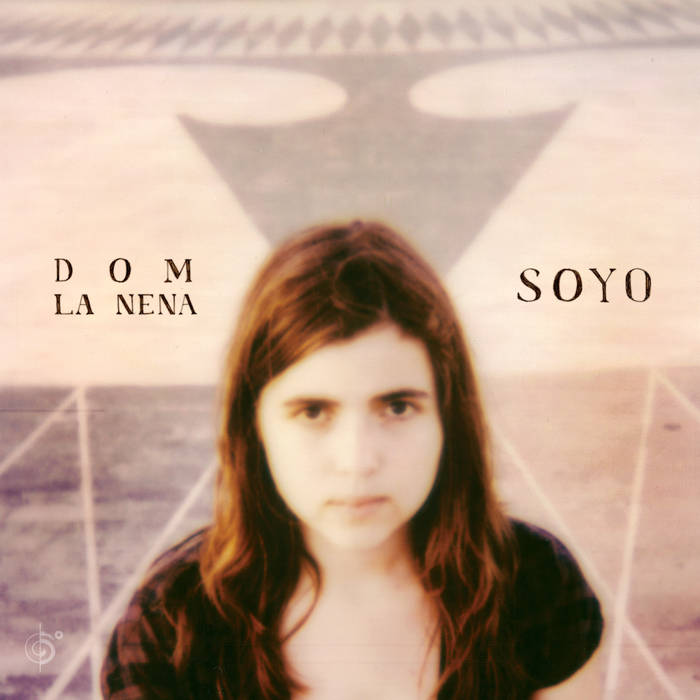 steveinsocal "...every track on this album is an absolute gem, Dom's angelic vocals, sympathetic piano and cello, all aided by guitar, drums, percussion, and a hint of a Brazilian samba rhythm and Latin vibes - is one of relaxing up-tempo yet laid-back rhythmic melodies that hide an undercurrent of melancholy..."

Ataraxia While I love the Porteño accent in the Spanish songs, Juste une Chanson grabs my attention because it builds up the music that carries the lyrics as though they are dancing over a flower filled hill side. Beautiful spirit. Favorite track: Juste Une Chanson.

Co-produced by Brazilian songwriter/singer/guitarist Marcelo Camelo (formerly of the band Los
Hermanos), the new album builds upon the vocabulary of Ela. She explains, “For me, the songs on Soyo are the older siblings of those on Ela. There is continuity, a progression with the new collection of songs that comes from having a better understanding of what I want, as a songwriter, and how to achieve it as a producer.”

A fan of Camelo’s music since her teenage years, Dom long dreamed of collaborating with him. When she mentioned this wish to a mutual friend, he connected them and they started to talk by email about music. “I told Marcelo that I was working on a new album and that I would love to do something together. Marcelo was very enthusiastic about the idea, and coincidentally was going to Lisbon (where he planned to relocate) a few weeks later. We spent a beautiful afternoon talking about music and life, with his wife and my husband, like we were old friends. It became more evident for me that I should work with him on my new album.”

The fruit of their collaborative labor, Soyo is anchored by Dom's unmistakable voice and cello playing, but it also plants a few flags in new sonic territory. The songs were written in Portuguese, Spanish, French and English, and the recording process was one in which Dom worked on the arrangements in isolation. "I like to start new ideas on my own," Dom says, "and when I’ve done some recording and sketched out how things fit together, it's even more exciting to have someone join in." Indeed, when Camelo joined the recording process, he immediately contributed a percussive and rhythmic dynamic reflective of his singer/songwriter background, infusing the shine of Rio de Janeiro and bringing lighter and more upbeat elements to Dom’s melancholic undertones, while dipping equally into indie rock and Latin dance forms. And in the end, every instrument you hear was played by either Camelo or Dom.

Recorded in Paris, Lisbon, and Mexico City, mixed in Sao Paulo and mastered in Miami, the
album is international to its core – a story that Dom reflects in her tales of vast distances,
longing, and nostalgia: “One of the biggest influences for this album was being on the road: continually experiencing the feeling of biding your time, waiting to depart, waiting for sound-check, waiting for the show, etc., while time continues to pass and you remain far from home and family. So, in addition to musical influences, the underlying anticipation and the mundane things that happen in life tend to find their way into my songs.”

"Dom is like a very deft magician, and every song sounds sacred.”

“The melodies stay with you, and the mood is transporting… "

Bandcamp Daily  your guide to the world of Bandcamp

outré black metal, with a Victory Over the Sun interview and music from Liturgy and Jute Gyte.